Psycho Pass is an amazing show and those of you who followed the series would’ve know who Tsunemori Akane. In this setup, I want to capture her in a scene that’s dark, I imagined her coming across a dangerous criminal. 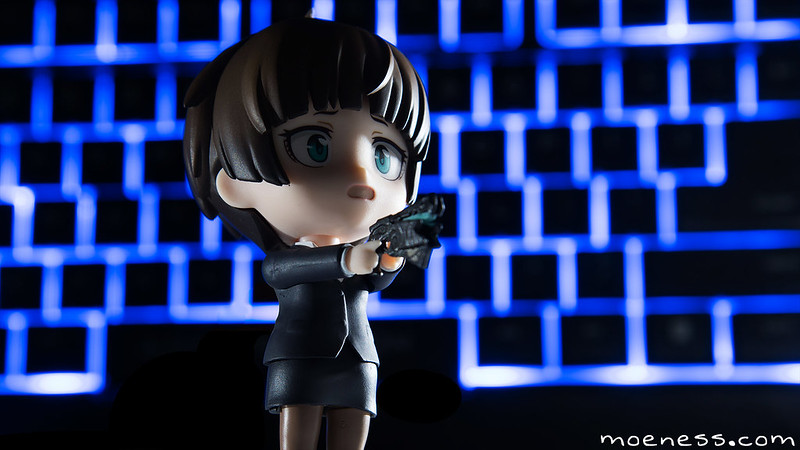 I got this idea when I was reviewing this keyboard, don’t ask me why I haven’t come up with any ideas earlier despite viewing so many colored keyboards. 😀 Ideas take time to cook you know?

Anyway with that, I took Akane out of the box (I have many unopened Nendoroids!) and had it setup for the shoot. Here’s the setup for this scene. The only expensive stuff is the camera. 😀 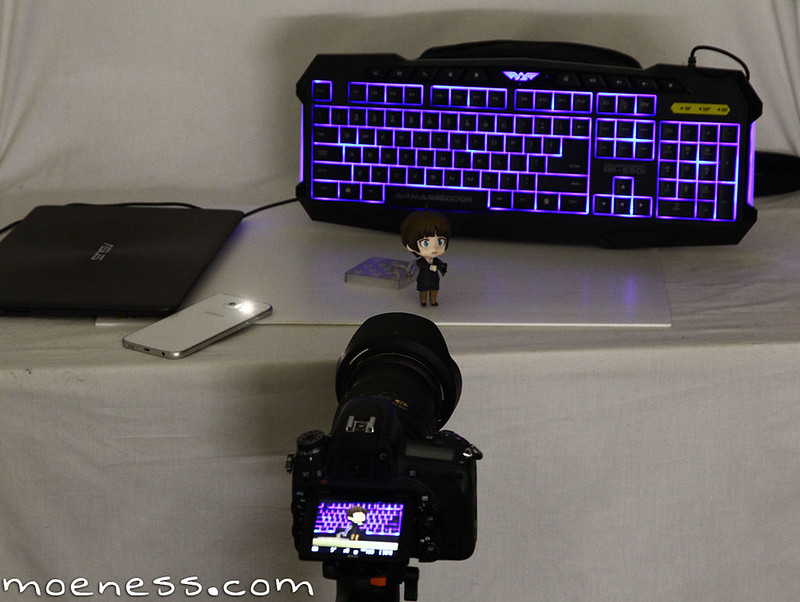 As for the lighting, I’m using the LED from a Samsung Galaxy S6. I know this is an expensive phone (this is a review unit!) but you can use the LED available on your phone or an RM 5 white LED torchlight and it’ll work the same.

Why 2.5″ seconds? Why LED? The idea here is to have a low-cost setup – one that doesn’t break your bank account. With long shutter speed it is advisable to use lower ISO and photograph it at a sufficiently dark area.

The above output is achieved by moving the LED around the subject while carefully align it to cast the right lighting I want on the figure but not casting any light on the keyboard. Here’s how you do Light Painting on a figurine.

After all is done, set the color temperature of the image to something of a cooler temperature to give it a cold feel.