Alright guys, this is what I’ve been working on.

It’s the biggest doll house / diorama I suppose. Plenty of room for mods and details, including expansion. 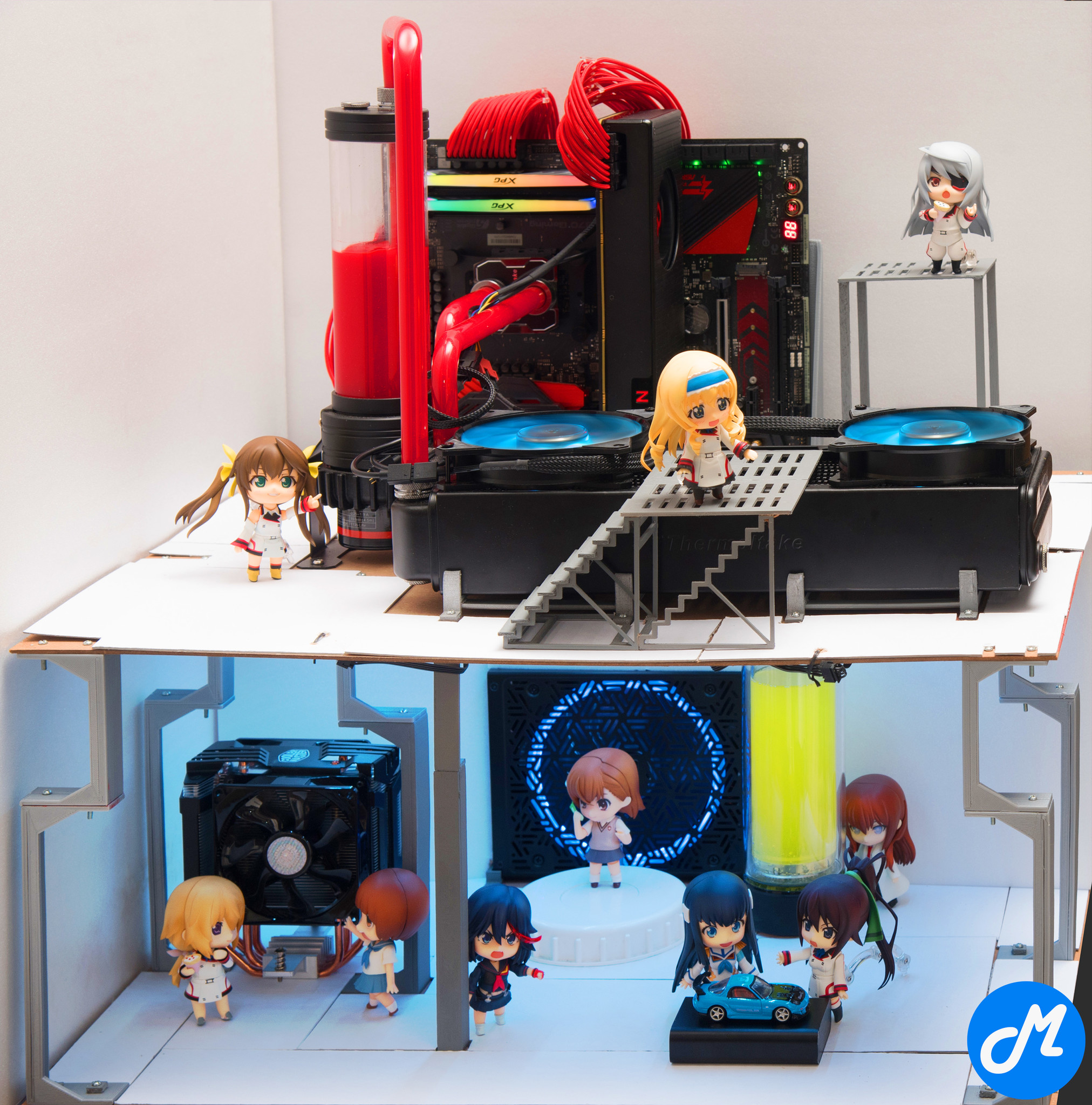 That said, the R2 Labs is a science lab for those tiny dolls. The idea of having a fully functional computer as part of a doll house has been in my mind for a while now, in fact I thought of using casings as a doll house but never thought of running a full system, let alone a powerful one and with a custom water cooling loop.